As Long as the Rivers Run

In past treaties, the Aboriginal people of Canada surrendered title to their lands in return for guarantees that their traditional ways of life would be protected. Since the 1950s, governments have reneged on these commitments in order to acquire more land and water for hydroelectric development.

James B. Waldram examines this controversial topic through an analysis of the politics of hydroelectric dam construction in the Canadian Northwest, focusing on three Aboriginal communities in Manitoba and Saskatchewan. He argues that little has changed in our treatment of Aboriginal people in the past hundred years, when their resources are still appropriated by the government “for the common good.”

Using archival materials, personal interviews and largely inaccessible documents and letters, Waldram highlights the clear parallel between the treatment of Aboriginal people in the negotiations and agreements that accompany hydro development with the treaty and scrip processes of the past century.

“A well-organized account of the continuing battle over the control of natural resources in Canada’s north.” 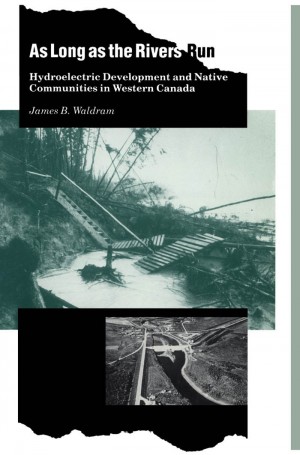