Essays in this collection explore the meaning and scope of Indigenous homelessness in the Canada, Australia, and New Zealand. They argue that effective policy and support programs aimed at relieving Indigenous homelessness must be rooted in Indigenous conceptions of home, land, and kinship, and cannot ignore the context of systemic inequality, institutionalization, landlessness, among other things, that stem from a history of colonialism.

Indigenous Homelessness: Perspectives from Canada, New Zealand and Australia provides a comprehensive exploration of the Indigenous experience of homelessness. It testifies to ongoing cultural resilience and lays the groundwork for practices and policies designed to better address the conditions that lead to homelessness among Indigenous peoples.

“Indigenous Homelessness is a timely, important work which considers in detail a diverse range of Indigenous perspectives, illustrative of the scale and scope of contemporary Indigenous homelessness in order to address the prevailing “apathy and even passive acceptance” that currently surrounds this phenomenon.”

Julia Christensen is a social, cultural and health geographer, and works primarily with northern Indigenous communities in Canada and Greenland. 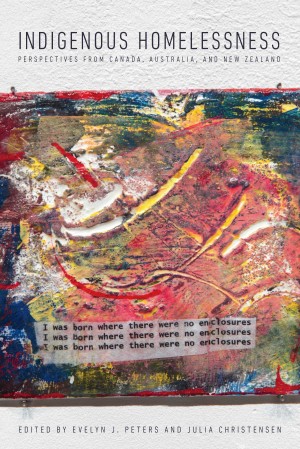