Since the Truth and Reconciliation Commission released its Calls to Action in June 2015, governments, churches, non-profit, professional and community organizations, corporations, schools and universities, clubs and individuals have asked: “How can I/we participate in reconciliation?”

Recognizing that reconciliation is not only an ultimate goal, but a decolonizing process of journeying in ways that embody everyday acts of resistance, resurgence, and solidarity, coupled with renewed commitments to justice, dialogue, and relationship-building, Pathways of Reconciliation helps readers find their way forward.

Together the authors — academics, practitioners, students and ordinary citizens — demonstrate the importance of trying and learning from new and creative approaches to thinking about and practicing reconciliation and reflect on what they have learned from their attempts (both successful and less successful) in the process.

“Alerts Canadians to what must be done if we are to seriously embrace the goal of decolonizing relations with Indigenous peoples.”

“I walk away from this book with a much clearer understanding of reconciliation as a process with UNDRIP as its foundation, and with a deeper knowledge of several ‘truths’ underpinning Indigenous-settler relations in a variety of Canadian contexts.”

“This volume has something to offer all readers—Indigenous and non-Indigenous—and from every field from natural resources to child and family services, and from healthcare to academia. The lessons that the authors share in this volume can help us all take on the work of meaningful reconciliation.”

“The essays in this book are informative, insightful, and well written. As they outline the scope of what needs to change, their mix of case studies, theoretical reflection, and empirical analyses offers some signs of hope and constructive examples of what can be done. This book deserves to be widely read. It will be useful for academics, community leaders, and educated readers concerned about how to respond to the Truth and Reconciliation Commission of Canada’s Calls to Action.”

– Don Schweitzer, The University of Toronto Quarterly, “Letters in Canada 2020”

Paulette Regan is an independent scholar, researcher, public educator and co-facilitator of an intercultural history and reconciliation education workshop series. Formerly the research director for the Truth and Reconciliation Commission of Canada, she was the senior researcher and lead writer on the Reconciliation Volume of the TRC Final Report. Her book, Unsettling the Settler Within: Indian Residential Schools, Truth Telling and Reconciliation in Canada (2010) was short-listed for the 2012 Canada Prize. 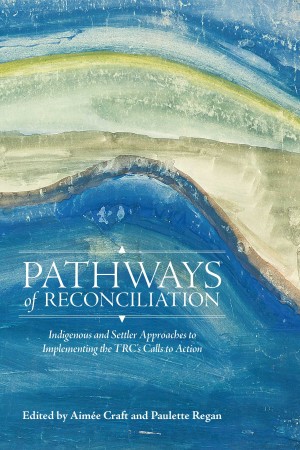