Essays on Manitoba and Prairie History

The prairies are a focal point for momentous events in Canadian history, a place where two visions of Canada have often clashed: Louis Riel, the Manitoba School Question, French language rights, the 1919 Winnipeg General Strike, and the dramatic collapse of the Meech Lake Accord when MLA Elijah Harper voted “No.”

Gerald Friesen believes that it is the responsibility of the historian to “tell local stories in terms and concepts that make plain their intrinsic value and worth, that explain the relationship between the past and the present.” For local experiences to have any relevant meaning, they must be put into the context of the wider world.

These essays were written for the general reader and the academic historian. They include previously published works (many of them revised and updated) from a wide variety of sources, and new pieces written specifically for River Road, examining aspects of prairie and Manitoba history from many different perspectives. They offer portraits of representatives from different sides of the prairie experience, such as Bob Russell, radical socialist and leader of the 1919 General Strike, and J.H. Riddell, conservative Methodist minister who represented “sane and safe” stewardship in the 1920s and 1930s. They explore the changing relationship between Aboriginal peoples and the “dominant” society, from the prosperous Metis community that flourished along the Red River in the 19th century (and produced Manitoba’s first Metis premier) to the events that led to the Manitoba Aboriginal Justice Inquiry in the 1980s.

Other essays consider new viewpoints of the prairie past, using the perspectives of ethnic and cultural history, women’s history, regional history, and labour history to raise questions of interpretation and context. The time frame considered is equally wide-ranging, from the Aboriginal and Red River society to the political arena of current constitutional debates. 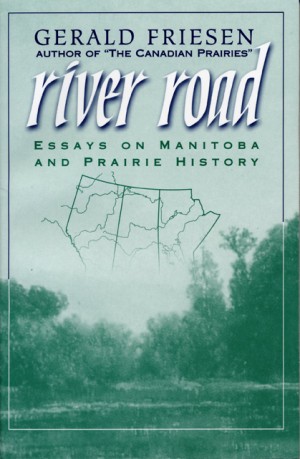