During the Cold War, more than 36,000 individuals entering Canada claimed Czechoslovakia as their country of citizenship. A defining characteristic of this migration of predominantly political refugees was the prevalence of anti-communist and democratic values. Diplomats, industrialists, politicians, professionals, workers, and students fled to the West in search of freedom, security, and economic opportunity.

Jan Raska’s Czech Refugees in Cold War Canada explores how these newcomers joined or formed ethnocultural organizations to help in their attempts to affect developments in Czechoslovakia and Canadian foreign policy towards their homeland. Canadian authorities further legitimized the Czech refugees’ anti-communist agenda and increased their influence in Czechoslovak institutions. In turn, these organizations supported Canada’s Cold War agenda of securing the state from communist infiltration. Ultimately, an adherence to anti-communism, the promotion of Canadian citizenship, and the cultivation of a Czechoslovak ethnocultural heritage accelerated Czech refugees’ socioeconomic and political integration in Cold War Canada.

“This book immediately rises to the top of ethnocultural histories in Canada and will be a must read for those teaching or writing about the Cold War, immigration, and belonging in the post-war period.”

“Raška has provided an excellent work that is valuable to academics who wish to understand the dynamics of politically involved refugees to Canada and the development of immigrant communities abroad.”

“Czech Refugees in Cold War Canada is thoroughly engrossing on an empirical as well as a conceptual level.”

“Valuable for researching the experiences of ethnic groups, immigration policy, or the functions of ethnic organizations.”

“Czech Refugees in Cold War Canada gives a very good over-view of Czech and “Czechoslovak” immigrants to Canada after World War II and their goals and aspirations. […] This book is a welcome addition to our store of knowledge about Canada’s ethnic groups.”

“Ultimately, Raska’s book generates a sustained in-depth portrayal of the relationship between Czech refugees and the political landscape of Cold War Canada, which is the crux as well as the fundamental success of the book.”

Jan Raska is a historian with the Canadian Museum of Immigration at Pier 21, Halifax. 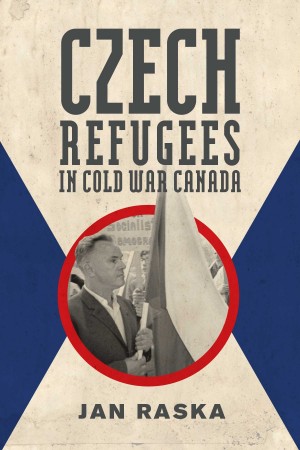