Journeys from Wartorn Poland to the Canadian Prairies

At the start of the Second World War, Poland was invaded by both the German and the Soviet armies. The country was unable to withstand the assaults and thousands of Polish soldiers and civilians were shipped to labour camps and prisons, where starvation, disease, and mistreatment were their daily expectations. With the signing of an amnesty between the Polish and Soviet governments in 1942, many of these soldiers were engaged in rebuilding the Polish army, and travelled through the Mideast to fight in the Italian campaign.

After the war, Canada accepted over 4000 Polish immigrant soldiers and their families who did not want to return to a communist regime in their country. This book is a moving oral history of the experiences of forty-five individuals during that transition period between the outbreak of war and their eventual relocation in Canada.

Their memories of those times remain clear, not so remarkably perhaps, as they recount how they struggled in labour and prison camps, refugee camps, and exile in freezing northern climates, often arriving with the clothes they wore and nothing else. There are stories here of families torn apart and reunited, courageous escapes, underground resistance, friendship and emnity, and above all of survival. To read these memoirs is to understand how the inhumanity of war is confronted and defied by the indomitable human spirit.

Zbigniew Izydorczyk is a Professor of English at the University of Winnipeg. A mediaevalist and an historian of literature, he is also active as a translator from Polish, Latin, and French.

Other contributors: Introduction by Daniel Stone. 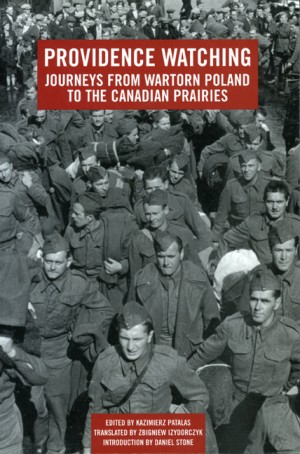