About the translation:
In the early 1950s, Mitiarjuk Nappaaluk was asked by a priest working in Kangiqsujuaq in northern Quebec to write down some Inuttitut phrases to assist him in the study of the language. At the age of twenty-two, Nappaaluk began writing but did not stop at mere phrases. She invented a group of characters and events and, over the next twenty years, wrote the first Inuit novel, simultaneously reinventing the novel form.

Due in part to the perseverance of French anthropologist Bernard Saladin d’Anglure, Sanaaq was first published in syllabic Inuttitut in 1987. His French translation appeared in 2002. This English translation now brings this cornerstone of Inuit literature to Anglophone readers and scholars.

University of Manitoba Press is pleased to partner with Avataq Cultural Institute on the publication of this book.

“Despite being a figure of great literary and cultural importance, Mitiarjuk and her work are almost entirely unknown in English-speaking Canada…. Sanaaq may be read as an ethnographic or historical document, but to do so would be to miss the skill and complexity of the storytelling. The novel is a creative and critical intervention into the process of representing Inuit experience.”

“This is a beautiful novel, whose value to the non-Inuk may be more anthropological than fictional. To non-Inuit readers, Sanaaq may show the Inuit worldview, and the readers may imagine the living in the Arctic and early Inuit life. To Inuit readers who have little to no experience with Inuktitut or life on the land, this book is a private conduit to discovering blood memories. No matter your background, it urges readers to surrender themselves to it and to engage with the emotional geographies of the North.”

“This Inuit novel is an Elder’s gift from the young woman who wrote over the span of her lifetime, to educate and inspire those who have long passed, those of us in this present moment, and those not yet born.”

“As a novel, the book will delight and startle readers, but as a scholarly resource it is essential—it is difficult to overstate how remarkable this work is and what a great advantage it is to finally have it readily available in an affordable English translation for the general reader, scholars, and classroom use.”

“Sanaaq begins abruptly and ends with a spiritual release, and everything in between carries the reader along the life journey of a small community tangling with the paradoxes, juxtapositions, and day-to-day realities of northern colonialism while also re-affirming the livelihoods and knowledge that people use to assert local ways of knowing upon colonial actors. This novel, now available in English, is important reading for anyone wishing to better understand the trajectories and ironies of mid-twentieth century state projects to furnish “welfare” to Canada’s northern peoples, and to understand how Inuit actors approached these new realities.”

“Sanaaq is an unpretentious collection of fictional vignettes depicting Inuit family life in the 1950s Canadian eastern arctic. The author wrote at the request of an anthropologist attempting to learn Inuktitut and seeking to understand the context of specific words and terms. Ms. Nappaaluk offered him stories that, together, form a ‘novel’ – beautiful gem-like tales, told so naturally as to reflect her innate storytelling talent. The book could be viewed as a snapshot of Inuit ‘dailiness.’ It also shares a powerful perspective on life in the land. This is one of the most wonderous and charming pieces of writing I have read in years. I consider it a national treasure.”

“This simply told tale captures the stark and sometimes brutal reality of life in the Far North.”

“Sanaaq explores life in the Arctic from an Inuit perspective. The publisher mounted an effective national campaign that resulted in a surprise best-seller.”

Mitiarjuk Nappaaluk (1931 – 2007) was an educator and author based in the northern Quebec territory of Nunavik. Dedicated to preserving Inuit culture, Nappaaluk authored over twenty books, including Sanaaq, the first novel written in syllabics. Among her many accomplishments, Nappaaluk also compiled an Inuttitut encyclopedia of Inuit traditional knowledge, translated the Catholic prayer book into Inuttitut, and helped to develop curriculum materials for the Kativik School Board. In 1999, Nappaaluk received the National Aboriginal Achievement Award in the Heritage and Spirituality category. In 2000, she was awarded an honorary doctorate from McGill University and in 2004 was appointed to the Order of Canada.

Bernard Saladin d’Anglure first began his work among the Canadian Inuit in the 1950s, when he was a young student from France. He later became a professor of Anthropology at the University of Laval, where he taught until his retirement. 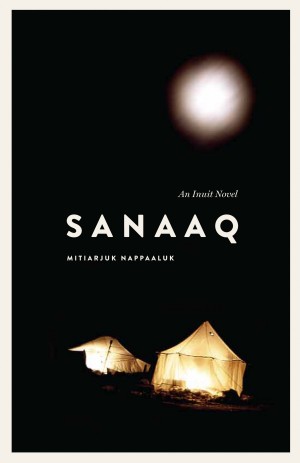