The University of Manitoba

Established in 1877, just seven years after the founding of the province itself, the University of Manitoba has grown to become an international centre of research and study. It is the birthplace of discoveries such as the cure for Rh disease of newborns and the development of Canola, and its alumni include Marshal McLuhan, Margaret Laurence, Monty Hall, Israel Asper and Ovide Mercredi.

Historian J.M. Bumsted looks at how the university was forged out of the assembly of several, small, denominational colleges, and how it survived and even thrived during challenges such as the 1932 defalcation and the 1950 Manitoba flood. He gives special attention to student life at the university, tracing the changes, from Freshie initiations in the 1920s and student musicals in the 1950s to the activism of the 1960s and 1970s.

The University of Manitoba: An Illustrated History is an entertaining and lively social history of an institution whose development has reflected the changes of society at large. 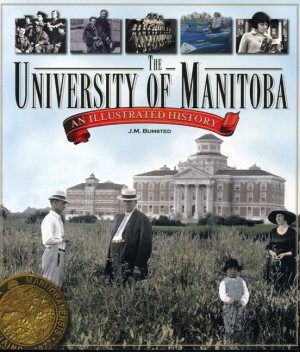