And Other Essays on Early Manitoba History

What did happen to the body of Thomas Scott?

The disposal of the body of Canadian history’s most famous political victim is the starting point for historian J.M. Bumsted’s new look at some of the most fascinating events and personalities of Manitoba’s Red River Settlement.

To outsiders, 19th-century Red River seemed like a remote community precariously poised on the edge of the frontier. Small and isolated though it may have been, Red River society was also lively, well educated, multicultural and often contentious. By looking at well-known figures from a new perspective, and by examining some of the more obscure corners of the settlement’s history, Bumsted challenges many of the widely held assumptions about Red River. He looks, for instance, at the brief, unhappy Swiss settlement at Red River, examines the controversial reputation of politician John Christian Shultz, and delves into the sensational scandal of a prominent clergyman’s trial.

Vividly written, Thomas Scott’s Body pieces together a new and often surprising picture of early Manitoba and its people.

“Impressively researched and exceptionally well-written. Bumsted’s readings are unbelievably broad and his scrutiny of the archival record is intense.” 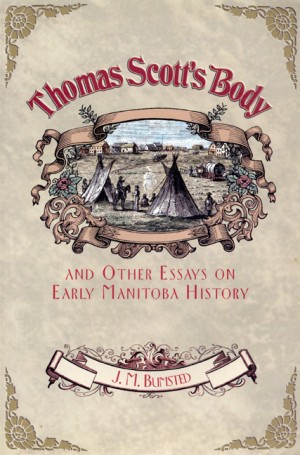